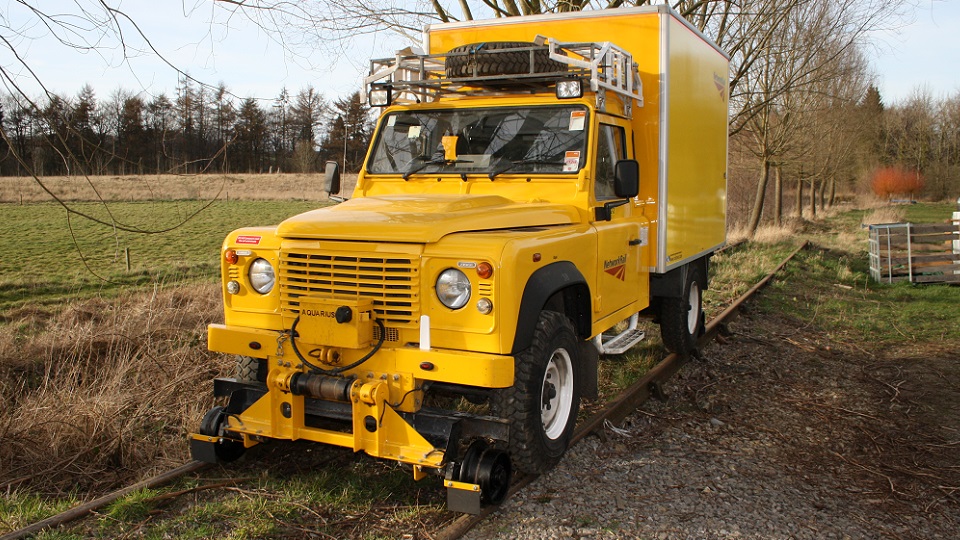 These two Welding R2R4x4s RRVs (which had previously been converted by Aquarius) have a two seat cab configuration with a  large 2.5 metre long back body.  This back body provides storage for all the welding equipment.

The team at Basingstoke treat theirs as a ‘mobile store room’ with one person in charge of all ‘stock’ to ensure the efficient use of the vehicle.  The Weld Truck contains essential equipment which is replenished or added to as the work demands at the beginning of each shift.  No loading, unloading, reloading and pushing  of trolleys on track for the team at Basingstoke! 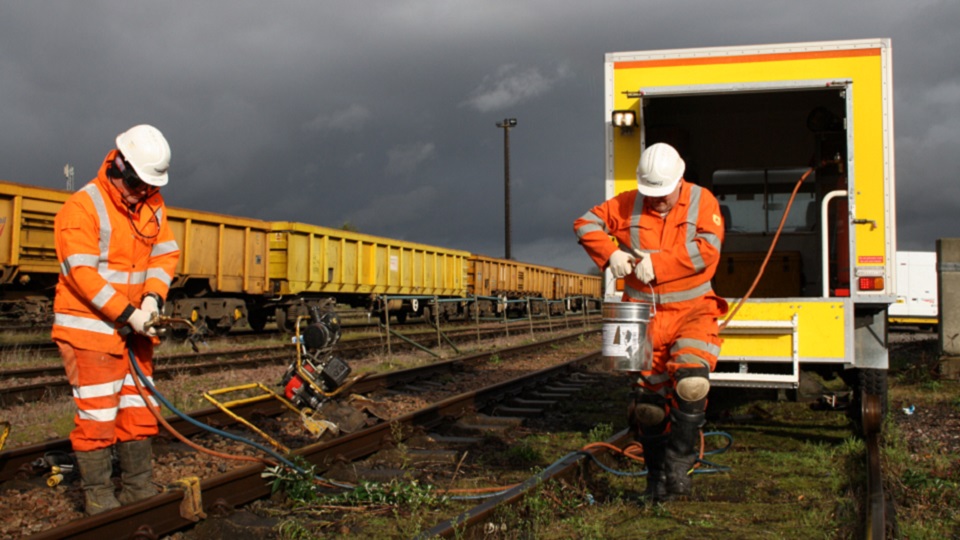 Generally the Welding R2R4x4s allow the welding team to move 890kg of equipment with shelving specifically designed to hold standard Thermit/Rail Tec equipment .  This also allows the safe transportation of the heavy pressurised gas bottles (oxygen  and propane) without the need to load and unload them from the vehicle.  When on track welding can be completed from the back of the vehicle.    These vehicles can also be used with two Load Tray Extensions (LTE) to transport extra equipment weighing up to 980kg on track.

The sale included the overhaul of the Welding R2R4x4s, painting them to Network Rail yellow, adding hand wash units and reversing cameras and new VAB certification to RIS 1530 issue 4.    Our customers at Network Rail are happy with the vehicles, with Rob Conn, Track Section Manager at Basingstoke commenting that he was pleased with the ‘swift service’ that Aquarius provided.

We are extremely pleased to announce that we now have Network Rail Product Acceptance for our R2R Plant Trailer.  It has been a lot of...read more →

RAIL2015: ‘Rekindling the Pioneering Spirit of the Rail’

Aquarius Railroad Technologies are very excited to be exhibiting at RAIL2015.  Billed as the show that is “rekindling the pioneering  spirit of the rail industry”...read more →

Aquarius Rail are delighted to be involved in Rail Safety Week which is raising awareness of safety in rail. With the hash tag: building safety...read more →