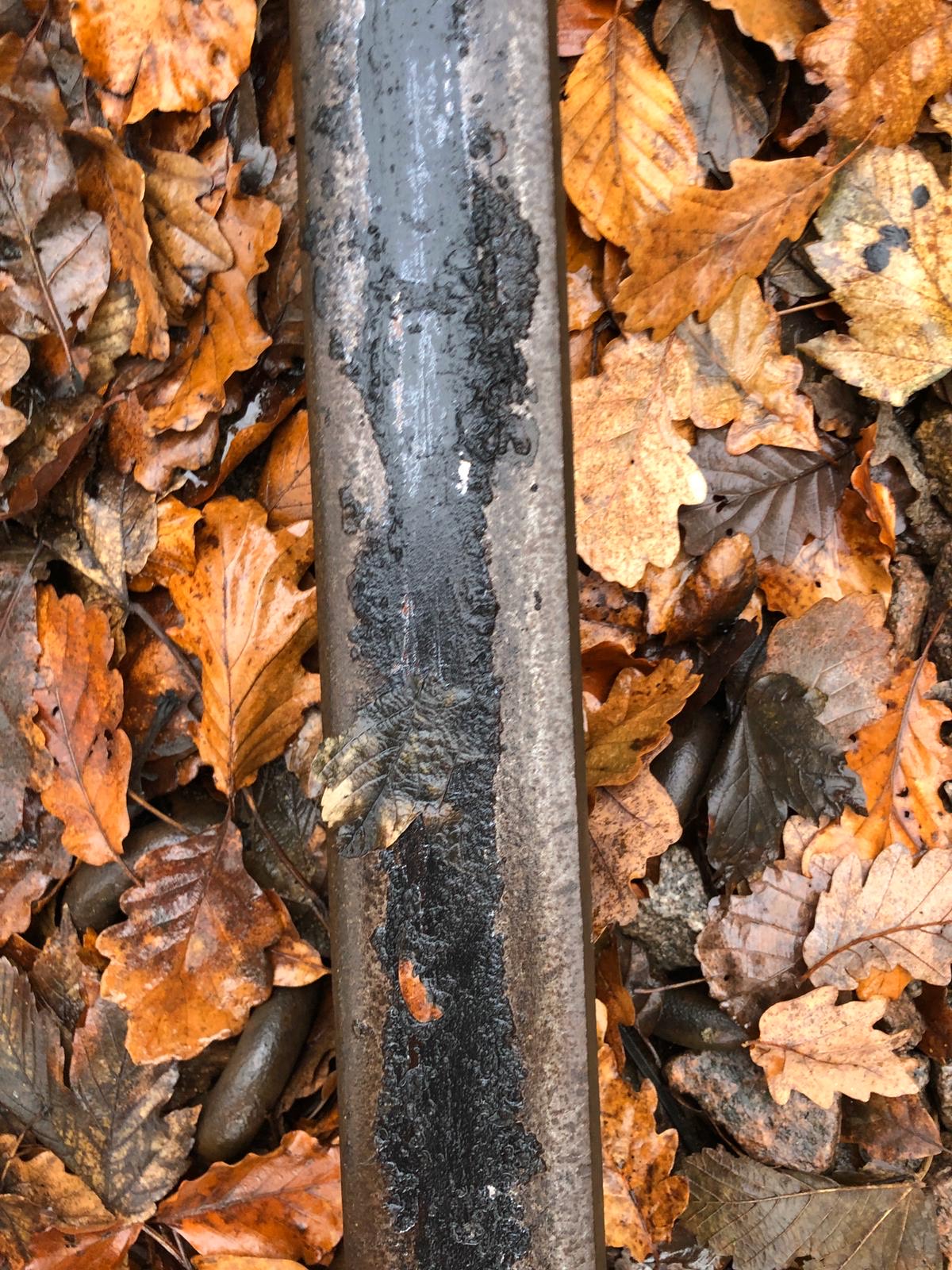 Leaves on the line – why is this significant?

Leaf fall in the autumn has become a perennial problem. Although this might not sound like nature’s most disastrous of occurrences, it does carry with it some significant repercussions. There are 10 million trees adjacent to the track and their falling leaves cause adhesion issues. Crushed leaves contaminate the railhead drastically reducing the trains braking efficiency and decreasing traction when setting off. It can be likened to ‘ice on the roads’ and can lead to significant train delays. Lightweight Metro trains with quicker accelerating time, mean that they too are particularly vulnerable to leaf fall on track.

Leaf contamination creates a barrier between railhead and train wheel, which can cause serious signal failures where the train ‘disappears’. This signalling issue is known as ‘wrong side track failure’. The train wheels also suffer, with poor adhesion the wheels can cause ‘flats’ which have to be repaired before the train can be returned to service and can lead to rolling stock shortages.

As part of Aquarius Rail’s work to help keep the Railway moving during the challenging Autumn season, Aquarius are supplying Sand R2R4x4’s from the far North of Scotland down to the Western Route.

On the Eastern region, Anglia route, on the Sudbury to Marks Tey Branch line in 2015 the situation with train delays and reduced rolling stock due to repair time, was so significant it was called ‘Leafgate’ by the local Suffolk News. Greater Anglia trains and Network Rail worked together to solve the issue drafting in an Aquarius Rail Sand R2R4x4 to eliminate the leaves on the line where the specialist trains cannot reach. This resulted in a dramatic increase in the punctuality and reliability figures when compared to previous years in the same period. Each season this vehicle does the equivalent of 790 to 1000 track miles between Marks Tey and to keep this line clear.

Why is the Sand R2R4x4 so beneficial?

Using the Sand R2R4x4 eliminates manual applications. The cleaning of the railhead and application of the Citrasolve & Sandite is done at the touch of a button from inside the cab. There is increased flexibility when concentrating on problem areas as it can be treated several times very quickly whilst maintaining efficiency.

With Network Rail continually monitoring in their approach to reduce risk across the network, utilising the Sand R2R4x4 removes railway staff off of the track and into green zone working.

We are delighted to be co-hosting with the Rail Alliance and we are thrilled with the response. Thank you to all those who are already involved....read more →