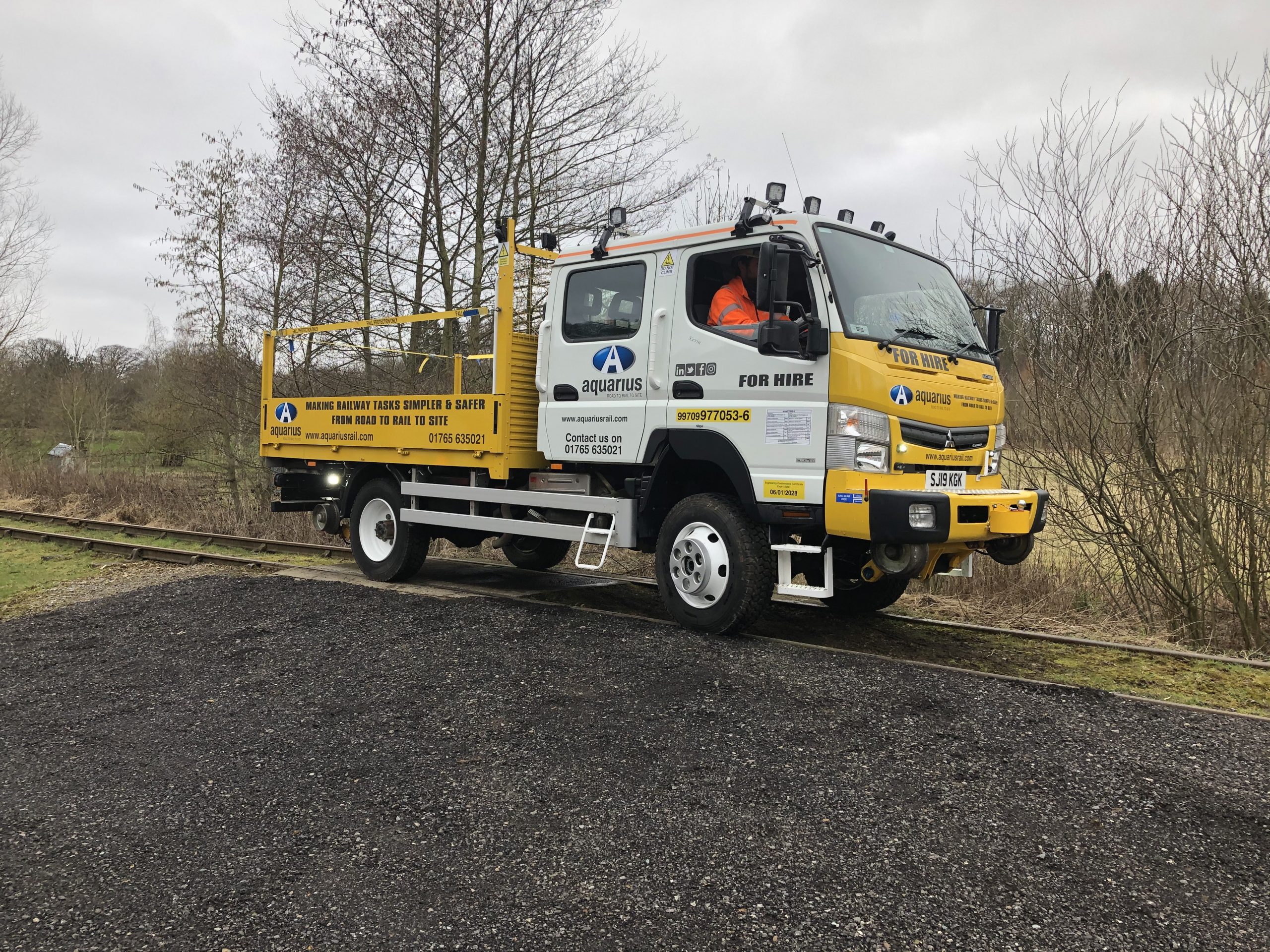 Aquarius Rail recently completed the design and manufacture of a new Road2Rail Canter.  This road/rail vehicle has been added to their hire fleet, with subsequent ones being built to order for purchase.

Aquarius Rail’s R2R4x4 Land Rover hire fleet all have female names, so in a break from this twenty-two-year tradition this road/rail vehicle is called ‘Kevin’; Aquarius wanted a male name and this one just stuck!

The R2R Canter is certified to tow one Road2Rail Trailer or up to three Ultra Light Trailers (ULTs) using an air brake system.  And can tow or propel one or two Load Tray Extensions (LTEs).  It is passed out to work ALO and under live OLE.

In early March 2021 the R2R Canter began a long-term hire for XYZ Rail Ltd assisting them on their parapets contract.

Aquarius has established itself as a market leader providing quality 4 wheel drive Road Rail Vehicles for track maintenance in the Rail industry. We are...read more →

Hot off the press and captured in the photo... testing only happened yesterday and Engineering Acceptance Certificates are to follow.. but we are very excited! ...read more →