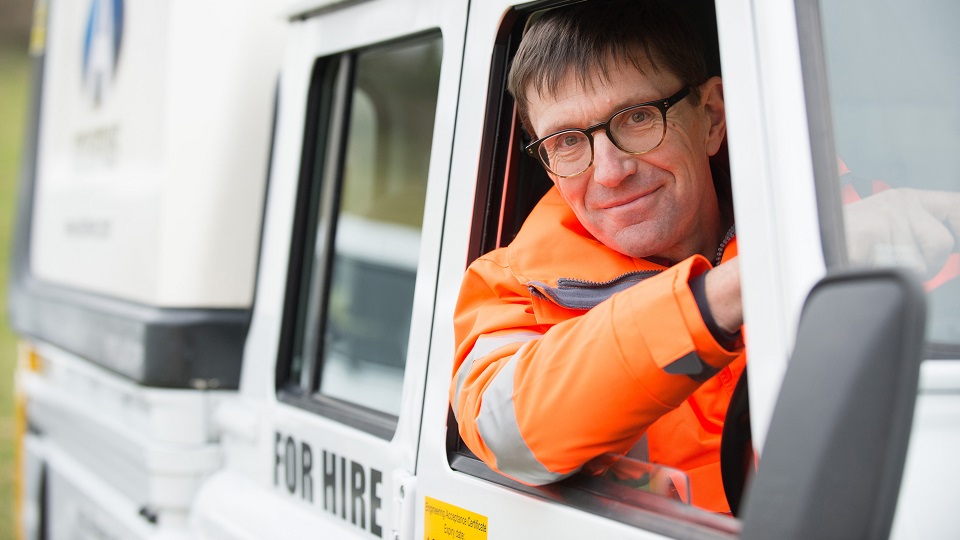 Aquarius Railroad Technologies are going from strength to strength with our largest investment to date.  We have taken delivery of 12 new Land Rover 130 high capacity Defenders that will double our hire fleet of R2R 4x4s.

Identifying a gap in the market, this is part of Aquarius Managing Director, James Platt’s vision to provide a better alternative to pushing a trolley on track or using a large Road Rail Vehicle for small to medium maintenance tasks.  Building on the success of the Aquarius R2R 4×4, a road/rail vehicle based on the rugged and dependable iconic Land Rover, James and the team have developed a series of rail attachments and Road2Rail Trailers to provide a transport solution that is self-sufficient: all equipment and personnel transported in one simple movement from road to rail to site.

James said in the May edition of the Rail Engineer “These vehicles are as important to our customers on the road as well as rail.  It’s doubtful our business would have been as successful if we had based it around any other vehicle.”    Other road/rail vehicles tend to be larger in size than the R2R 4×4 but, as James says, “The larger the vehicle, the wider it is so the road wheels have to be pulled in to fit the track gauge. This makes the vehicles less stable on road and there is a resultant loss of steering lock.”  This lack of manoeuvrability can make it harder to get larger vehicles on and off track.  Furthermore the Land Rover Defender are the only vehicle of its size that can tow 3.5 tonnes on road and retain full capacity on the towing vehicle.

Manufacturing new Road2Rail 4x4s has given us the opportunity to make improvements in the vehicles usability.  New standard features include central locking, electric windows, reversing cameras and power points for phone and iPad charging. Simple stuff it maybe but combined with electro hydraulic rail guidance system that is quick and efficient to on and off track, Aquarius R2R 4x4s are easy to use. 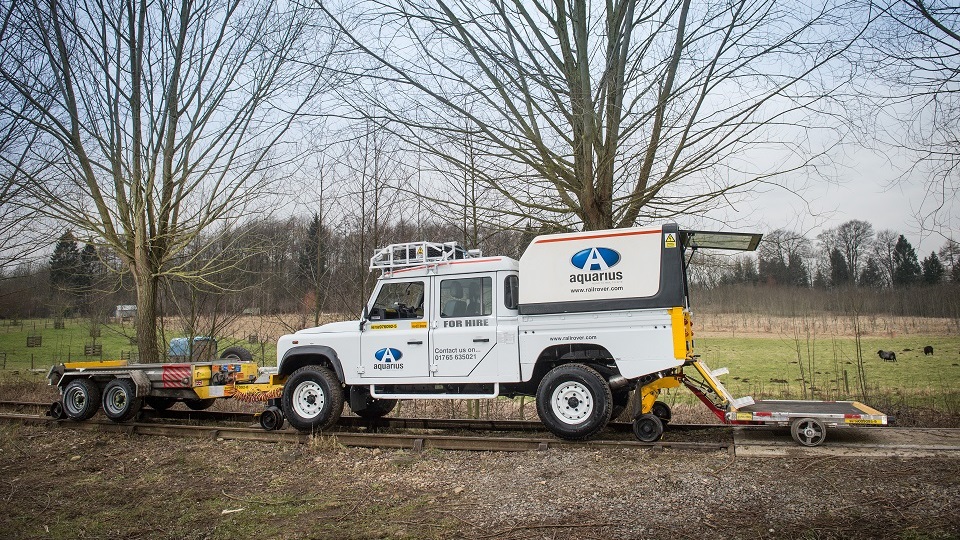 Innovation is often seen as something that has to be shiny and new, but moreover innovation is looking at the existing in a new way, to provide a solution better than before.  Take a look at the Load Tray Extension and R2R Plant Trailer.  These increase potential payload of the R2R 4×4 from 800kg up to an impressive 3500kg.

Read the full article ‘Man on a Mission’ in the May edition of the Rail Engineer.

Hot off the press and captured in the photo... testing only happened yesterday and Engineering Acceptance Certificates are to follow.. but we are very excited! ...read more →

Aquarius Rail dealing with leaves on the line

Leaves on the line – why is this significant? Leaf fall in the autumn has become a perennial problem. Although this might not sound like...read more →

Manual handling is one of the big health & safety issues that we face in the rail industry today.  Trough-Tec Systems supply lightweight polymer Green Troughs for cabling...read more →